Last month saw the release of the highly anticipated Jump Force, a fighting game ambitious enough to gather 30+ (playable) Shonen Jump All-Stars. I pre-ordered my copy and got to battling the day of the release. To my surprise, Jump Force was met with lukewarm reviews. It gets called out for its stiff character interactions and lack of coherent direction in the Story Mode. As a longtime fan of several Shonen Jump/Shuiesha titles, a major selling point for the game was getting Goku and Hisoka, or Gon and Yusuke, or Boruto and Luffy in the same place. To say their interactions leave something to be desired would be accurate. I can live with that though, my imagination is vivid and I can make up my own reasons for our heroes to duel.

The major, glaring flaw of Jump Force is the absence of playable female characters. There are three: Kaguya (Naruto: Shippuden, Rukia (Bleach), and Boa Hancock (One Piece). This means the men outnumber the women by a ratio of almost 10:1. Even with the list of DLC characters on the way, we see the addition of one more female character, Biscuit Krueger (Hunter X Hunter). Where’s Android 18 (Dragon Ball Z)? Sakura (Naruto)? Lisa Lisa (Jo Jo’s Bizarre Adventure)? Where’s Genkai (Yu Yu Hakusho)? WHERE’S GENKAI?! 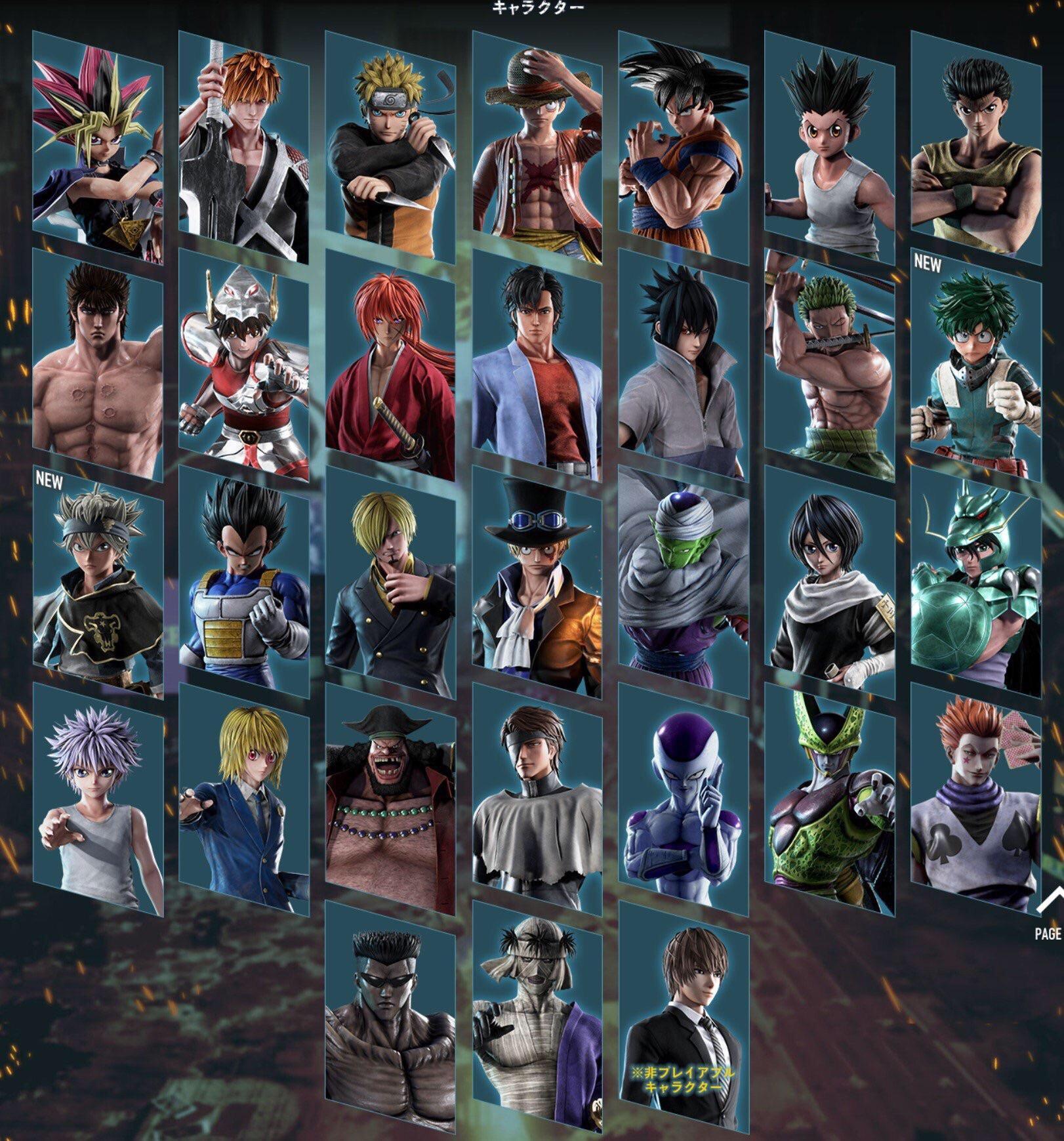 This was pretty much my issue with Yu Yu Hakusho: Poltergeist Report, the second theatrical film of the series. When the Spirit Realm is threatened by the reemergence of the Nether-Realm, a plane of existence which previously rested above the Demon Realm in the same way that the Spirit Realm rest above the Human Realm. This is all significant because the three gods of the Nether-Realm seek to co-opt our realm (the Human Realm) to remake their world. This of course means lots of death and destruction and carnage for humanity, starting with Tokyo. I rented an old U.S. Manga Corps. DVD so there was a quality drop from the remastered episodes on Hulu. Still, the film was entertaining. The events fall somewhere after the Dark Tournament and the Demon Realm arcs. Yusuke, Kuruma, Hiei, and Kuwabara have honed their fighting skills to extraordinary levels yet remain teenage boys in their emotional development. The animation really leaps in quality in the final fight producing some dazzling moments.

The film seems fine with leaving its female characters on the sidelines. Botan, the Spirit Realm messenger/Cute Reaper, is almost exclusively shown battered in the arms of a comrade, Yukina and Keiko appear briefly before being injured as well. There is a fight between Genkai and Yakumo is fun but concludes quickly and takes Genkai out of the game for the rest of the film. And Shizuru isn’t even present…

Poltergeist Report is a microcosm of my qualm with Yu Yu Hakusho, in that it relegates the women to catalyst roles that serve mostly to advance the development of the boys. Keiko is presented early on in the series as a friend turned romantic interest for Yusuke, and while she stays that way for the duration of the show’s 112 episodes, her screen time is limited to scenes where she plays the nervous cheerleader in Yusuke’s quest. Initially, Keiko is a needed tether to the life Yusuke moves away from in his service to the Spirit Realm. Unlike Yusuke, she isn’t whisked away from the life of a teenage student. She still has to manage the everyday and the mundane while the boys go on distant adventures. Personally, I don’t see her character as integral to the series, BUT if she’s going to be present, you’ve got to do more with her than clench her knuckles every time Yusuke gets himself involved in danger.

Yukina is another missed opportunity. While she is the distant (and estranged) sister of Hiei, the two never have a moment to unpack this together. In fact, Yukina never discovers the truth even while several other characters do. Hiei decides not to tell her at the end of the series and within Poltergeist Report, Kuruma again asks why Hiei abstains from filling her in and is brushed off. Like Keiko, she is a spectator of several battles throughout the series though her actions are limited to nervous worrying.

Shizuru is a little different in that she uncovers latent clairvoyant abilities and is able to act as a medium in moments of otherworldly dangers. She’s written as mature, cool headed, stern yet compassionate, and always smoking (I know it’s bad for you but she looks so cool with a cigarette). Shizuru doesn’t fight but with her abilities she’s at least able to be more than another worried wreck.

Lastly, there’s Genkai or Ba-san (grandma). She is a wise mentor, a difficult teacher, a formidable fighter, and one of my favorite characters. When we first meet her, she falls into the old mentor role so common in shonen stories. She becomes so much more she fights alongside our heroes in the Dark Tournament. In fact, it is her history with the younger Toguro that forms the backbone of the arc and the motivation the team being there in the first place. Even after relinquishing her power to Yusuke for him to advance against Toguro, she’s still exceptionally formidable and able to tango with the baddest of fighters.

That’s why it was such a disappointment when Poltergeist takes her out after her first fight, and why it’s such a disappointment that we don’t see her among the Jump Force lineup. Have we forgotten who taught Yusuke the ‘shotgun’ a technique where one balls up their fist releasing a scattershot of rei beams? Who went toe to toe with the brothers Toguro?

Yu Yu Hakusho does so much right. It consistently shows us what positive male friendships and rivalries can look like, it honors the growth of a team over one (Goku-esque) hero who is usually the only hope of survival. It features a non-binary individual as a major character. The opening and ending themes have found their way into my regular rotation. Hell, I actually struggle to come up with characters I don’t like– usually it’s merely small facets of their character.

Obviously, I’m talking about a show nearly 30 years old at this point, so not a whole lot can come from my gripes but as we continue to see the release of new Shonen series like My Hero Acadamia that appeal to the same demographics and walk closely in the footsteps of Yu Yu Hakusho, it’s so imperative that we critique the ways in which the genre handles the women they present. Afterall, there are HELLA women that ride hard for all things Shonen. Just ask @blackgirlsanime!